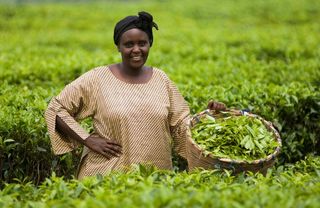 One of the biggest challenges in gender research, says Jemimah Njuki, is getting it wrong. Good intentions grounded in faulty research often leave women worse off than before.The Kenyan sociologist and gender specialist at the International Livestock Research Institute (ILRI) has heard the stories first-hand from her work in hundreds of communities throughout Kenya, Tanzania, and southern Africa.For example, there’s Mercy, a smallholder bean farmer in Malawi who sold produce on the roadside and used the money to buy food and clothes for her family. Then along came a development project that helped increase her yield more than tenfold. It was too much to sell on the roadside, so her husband stepped in and began marketing the beans in the city. The result? Her husband spent less time at home and more of the money. Mercy often ended up with less income than before things were “improved.”“This is a direct result of faulty research. It assumed these women didn’t know what they were doing. Of course they knew what they were doing and why. Researchers need to understand that larger context, or they can make the situation worse,” said Njuki, following a presentation on her work at the International Development Research Centre (IDRC) in Ottawa.Rewriting the research rule bookNjuki is rewriting the rule book on how agricultural research is done throughout Africa, drawing on her work on the impacts of livestock and market interventions. With support from IDRC and the Ford Foundation, she has created standardized data collection tools — which she plans to publish in a book — that can be used across projects to address gender issues. The tools assess the various challenges and opportunities women face depending on the products they sell (dairy, livestock, or produce, for example), the production system, and the country or region in which they live.“That’s why all of our research starts with a gender analysis, because the system within which men and women operate, and the key gender issues to be addressed, change with context,” she says. “You move from one country to another and it’s very different. You move from one production system to another and it’s very different.”


As Njuki explains, the benefits of getting it right extend beyond women. Studies show that women in developing countries who earn money reinvest 90% back into their families: men, on the other hand, feed back only 30-40%. (In Kenya, for example, men spent 20% of their income on second families.) Studies also show that if women are given the same resources as men — such as land, labour, and capital — they can increase yields on their farms by 20-30%, potentially raising a country’s agricultural output by 2.5–4% and reducing the number of hungry people worldwide by 100–150 million.Overcoming hurdlesBut these gains cannot occur if project designers don’t fully understand the role of women on the family farm and in agricultural markets. In her Tanzanian study, Njuki identified three hurdles that prevented women from participating in poultry markets. They tended to lack a communication asset (in this case, a mobile phone); access to transportation; and membership in a marketing association.What researchers didn’t understand in Mercy’s case, for example, was that women often lose control once a crop enters formal financial and market systems, which are primarily controlled by men. Njuki discovered a similar problem in Kenya, Rwanda, and Uganda. A dairy development project in those countries tried to put more money into the pockets of women by boosting milk production. But most women were not benefiting because payments were made through banks accounts, which few women had.Understanding the challenge led to solutions. Project managers worked with finance organizations and NGOs to establish “village banks” that women could access easily in their communities. Having a cell phone was also a major advantage.“In Kenya, most women have mobile phones and are used to using these to receive money from relatives in the West,” says Njuki. “So both the village bank and mobile banking give women more options to access the income they’re getting from milk.”Njuki’s research is also helping to boost women’s involvement in agricultural associations and co-operatives, which are often the point organizations for development programs. Many of these groups require that 30% of their management be women. But voting rules that allow just one vote per household precluded most women from joining, because often their husbands were already members.“Now we’re encouraging joint membership in co-operatives,” says Njuki. “Registering women as members may look like a small change but it has resulted in many more women participating and acting in leadership roles in co-operatives.”Targeting men and womenBut don’t repeat the mistakes of the past, she cautions, by implementing solutions that only target women.

“When you look at gender and development, men have to be part of the solution,” she insists. “We get buy-in from men when they see the benefit of women’s empowerment to them, the household, and the community. When people realize the broader benefits, then gender equality becomes an issue that everyone wants to address.”Debbie Lawes is an Ottawa-based writer.