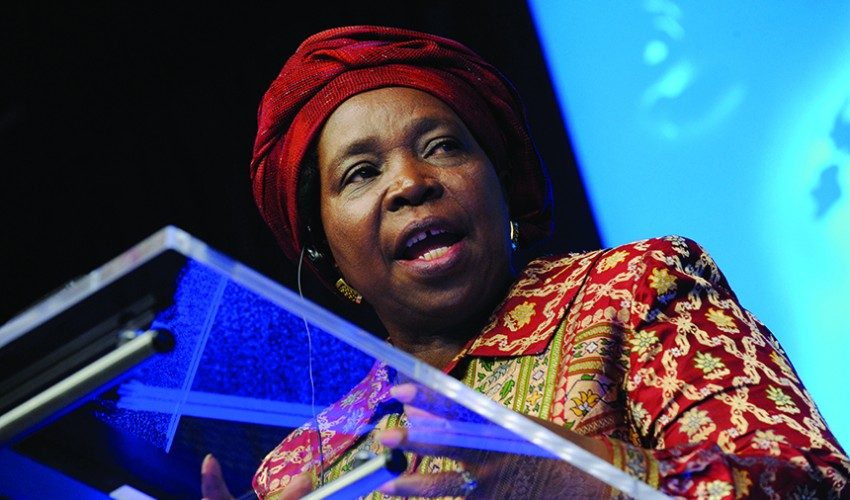 It is unarguable that while African women have long been regarded as the backbone of African societies, by and large gender parity is still a lofty dream across the continent. Many champions of women’s rights say the battle is far from won.

At the January heads of state summit, the AU decided to add its weight to the fighting gender inequity cause, declaring 2015 as the “Year of Women’s Empowerment and Development towards Africa’s Agenda 2063.”  It is the first time the AU has done so since its formation over a decade ago.

While African women have made considerable gains in the political, economic and social development of the continent, they are still widely marginalised within the corridors of power and when applying for jobs; and continue to face social exclusion, from education to their inability to own land or inherit property.

Issues of child marriage, harmful traditional practices, and gender-based violence also rank highly among the scourges that have held back the progress of most African women.

While governments across the continent recognise the need to give women equal access to opportunities and services, and to this end have adopted gender policies like the AU Protocol on Women’s Rights, also known as the Maputo Protocol, alongside initiatives like the African Women’s Decade, to create an environment that enables the empowerment of women, Sub-Saharan Africa still has the lowest proportion of countries with gender parity, according to UNICEF. The policies are there but implementation has proved challenging over the years.

This could be the reason Dr Nkosazana Dlamini-Zuma, the chairperson of the African Union (pictured left), was vehemently vocal about the crucial nature of 2015’s theme to empower women during her opening speech at the AU summit, when she said: “We must do more this year to increase the representation of women in government, in the judiciary and other public and private institutions and their participation at the tables in peace negotiations.”

Although the theme of the summit was rather sidelined in the wake of President Robert Mugabe taking over the AU chairmanship,  it could not happen in a more poignant year – 2015  will see the conclusion of the Millennium Development Goals, which have been a milestone in global and national development efforts, especially issues that affect women and children.

At a time when Africa is home to some of the world’s fastest-growing economies, Nyaradzayi Gumbonzvanda, the AU Goodwill Ambassador for Ending Child Marriage and a champion of women’s empowerment, believes that empowering African women and girls should be part of the continent’s development strategy.

“This is part of Africa rising. Africa will not rise as long as its daughters are bleeding and Africa will never be prosperous or at peace with itself if the whole generation is losing opportunities,” she says.

Education has long been argued as one of the key solutions to ensuring women and girls gain equal access to political and socio-economic power in society. Women activists, policy-makers and well-known voices, like the award-winning Benoise singer Angelique Kidjo, have long campaigned and fought vigorously for the education of girls, achieving significant gains. However, inadequate funds, tradition and culture (in particular, strong cultural norms that favour the education of boys over girls, as well as early child marriage) continue to be some of the main causes of a lack of education for women in Africa.

It is reported that in 47 out of 54 African countries, girls have less than a 50 per cent chance of completing primary school.

With women making up more than 50% of Africa’s population, many advocates of gender empowerment question how the continent’s current economic growth and outlook will be sustained, if the subjugation of women’s issues is still deeply and widely embedded.

Without investing in the education of girls, or providing unrestricted access to political and economic opportunities, without social freedoms such as sexual and reproductive health rights, an entire half of the continent’s population is left out of Africa’s development agenda. This affects progress in turn and perpetuates poverty.

This is a point Joaquim Chissano, former President of Mozambique and co-chair of the high-level task force for the International Conference on Population and Development (ICPD) makes in his 2014 article, Empowering Africa’s Women Is the Key to Economic Wealth. He wrote, “Women and girls are Africa’s greatest untapped resource, and it is they, not diamonds or oil and minerals, that will be the foundation for solid, sustainable and equitable progress.”

He adds: “Expanding the freedoms, the education and opportunities for women hold the key to kick-starting inclusive economic growth. This is true the world over, and particularly true for Africa… we need to pay more attention to the situation of adolescent girls. More than a third of girls in Africa are married before reaching the age of 18 – often at the expense of their education, health and social aspirations. Adolescent girls are far more likely to die from childbirth-related complications than older women, and face greater risks of abuse and of contracting HIV.”

Grim statistics indeed, which raise debate as to why (after many years of being routinely left on the back-burner and never being a priority), the AU has chosen this time to specifically look into problems and scourges that hold back half its people.

Make Every Woman Count
It remains to be seen how Africa’s Agenda 2063 will factor the crucial elements like education, health, social freedom, and access to credit for African women entrepreneurs into its empowerment vision.

In a 2012 report, Make Every Woman Count, an independent NGO that promotes the empowerment of African women and girls, argued that “ Empowerment women could drive economic growth, promote peace and advance development and social justice.”

The report adds: “Women and girls need to be considered as agents of change to enable them to participate in the economic, social, and political development within their community and have equal access to health information and services, education, employment and political positions.”

If the goal of the AU is to finally ensure this happens, that is, an idea worthy of support, after all, Africa has nothing to lose but everything to gain.

For now, hope is resting on Dlamini-Zuma – as a woman herself leading the policy-making arm of the continental body – to move the women’s agenda beyond rhetoric and conference plenary sessions.